20 Most Influential and Best Blues Guitarists

20 Of The Most Influential and Best Blues Guitarists

Blues guitar is one of the most influential guitar genres, therefore the best blues players had a significant impact and influence on our music today. Ever since the end of the 19th century when the African-American communities of the Southern US started playing and singing the blues, it has affected and shaped other musical genres as well, including Jazz and Rock and Roll. Blues can be split into several sub genres as well, best known perhaps are the Delta, Piedmont, Jump and Chicago blues styles. 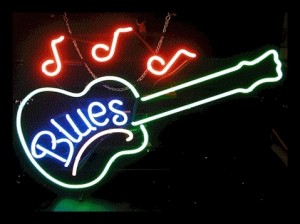 Still got the blues?

As such, the best blues guitarists were shaping the music of tomorrow, without them knowing it. Its only now that we realise that blues is in every genre of music to some extent. Music affects our mood, mindset, and everything about us, therefore these influential guitarists shaped society as well. Have you ever heard anybody saying, “I’ve got the blues”?

Here is a thorough, but by no means complete list of the best bluesy guitar players who helped shape and influence todays music. This is my own list, so if you have any additions, feel free to comment at the bottom of the post.

And if you get the sudden urge to listen to some more blues, go ahead and check out my favorite albums:

Huddie William Ledbetter (January 1888 – December 6, 1949) was an iconic American folk and musician, notable for his strong vocals, his virtuosity on the 12-string guitar, and the songbook of folk standards he introduced.

Although he most commonly played the twelve string, he could also play the piano, mandolin, harmonica, violin, concertina, and accordion.

Robert Leroy Johnson (May 8, 1911 – August 16, 1938) was an American blues singer and musician. His landmark recordings from 1936–1937 display a remarkable combination of singing, guitar skills, and songwriting talent that have influenced generations of musicians.

Johnson’s shadowy, poorly documented life and death at age 27 have given rise to much legend. Johnson’s songs, vocal phrasing and guitar style have influenced a broad range of musicians; Eric Clapton has called Johnson “the most important blues singer that ever lived”. He was ranked fifth in Rolling Stone’s list of 100 Greatest Guitarists of All Time.

James often played his guitar with an open D-minor tuning (DADFAD). James’s 1931 work is considered idiosyncratic among pre-war blues recordings, and formed the basis of his reputation as a musician.

McKinley Morganfield (April 4, 1913 – April 30, 1983) was an American musician, generally considered “the Father of Chicago blues”. Muddy headed to England in 1958 and shocked audiences with his loud, amplified electric guitar and thunderous beat.

He was a major inspiration for the British blues explosion in the 1960s. Muddy was ranked #17 in Rolling Stone magazine’s list of the 100 Greatest Artists of All Time.

Aaron Thibeaux Walker (May 28, 1910 — March 16, 1975) was an American guitarist, singer, pianist, and songwriter who was one of the most important pioneers of the electric guitar.

He was actually the first blues musician to use an electric guitar. He was ranked #47 in Rolling Stone magazine’s list of “The 100 Greatest Guitarists of All Time. Chuck Berry, B.B. King and Jimi Hendrix were mainly influenced by the life and style of T-Bone Walker.

With a booming voice and looming physical presence, Burnett is commonly ranked among the leading performers in electric guitar. At 6 feet, 6 inches (198 cm) and close to 300 pounds (136 kg), he must have been an imposing presence with one of the loudest and most memorable voices of all the “classic” 1950s Chicago blues singers. His rough-edged, slightly fearsome musical style is often contrasted with the less crude but still powerful presentation of his contemporary rival, Muddy Waters.

Credit for the success of Howlin’ Wolf should also be given to his guitarist and Blues Foundation Hall of Fame inductee, Hubert Sumlin.

He was known as The King of the Slide Guitar and had a unique guitar style, noted for his use of loud amplification and his stirring voice. James played a wide variety of genres often crossing into other styles of music, similar to that of Muddy Waters, Howlin’ Wolf and some of B. B. King’s work. Nonetheless, he was distinguished by his guitar’s more powerful sound, which was interestingly a modified, hollow body traditional acoustic guitar, which sounded like the more modern solid body guitars.

He became famous for performing his own unique style of blues, which was originally closest to Delta blues. He developed a ‘talking blues’ style that was similar to the early Delta blues, his music was metrically free. His own unique genre of the blues often incorporated the boogie-woogie piano style and a driving rhythm.

Guy is known for his showmanship, playing his guitar with drumsticks, or strolling into the audience while playing solos. He was ranked thirtieth in Rolling Stone magazine’s list of the “100 Greatest Guitarists of All Time”. While Buddy Guy’s music is often labeled Chicago blues, his style is unique. His style of blues can vary from the most traditional, deepest blues to a creative, unpredictable gumbo of the blues, avant rock, soul and free jazz that changes at every gig.

He was left-handed, but usually played right-handed guitars flipped over upside-down so the low E string was on the bottom. In later years he played a custom-made guitar (a Gibson Flying V, which he named “Lucy”) that was basically left-handed, but had the strings reversed (as he was used to playing). He also used very unorthodox tunings (i.e., tuning as low as C to allow him to make sweeping string bends). A “less is more” type player, he was known for his expressive “bending” of notes, a technique characteristic of blues guitarists.

Reverend Gary Davis, also Blind Gary Davis, (April 30, 1896 – May 5, 1972) was a blues and gospel singer and guitarist who was also proficient on the banjo and harmonica.

His finger-picking guitar style influenced many other artists and his students. He assumed a unique multi-voice style produced solely with his thumb and index finger, playing not only ragtime and blues tunes, but also traditional and original tunes in four-part harmony

Riley B. King (September 16, 1925 – May 15, 2015) is an American blues guitarist and singer-songwriter acclaimed for his expressive singing and guitar playing.

Rolling Stone magazine ranked him at #3 on its list of the “100 greatest guitarists of all time.” He introduced a sophisticated style of soloing based on fluid string bending and vibrato that would influence virtually every electric guitarist.

Charles Edward Anderson “Chuck” Berry (born October 18, 1926) is an American guitarist, singer, and songwriter, and one of the pioneers of rock and roll music.

He refined and developed rhythm and blues into the major elements that made rock and roll distinctive, with lyrics focusing on teen life and concerns and utilizing guitar solos and showmanship that would be a major influence on subsequent rock music.

Clapton is the only person who has been inducted into the Rock and Roll Hall of Fame three times. He was ranked fourth in Rolling Stone magazine’s list of the “100 Greatest Guitarists of All Time” and #53 on their list of the “Immortals: 100 Greatest Artists of All Time”. Although Clapton has varied his musical style throughout his career, it has always remained grounded in the blues; despite this focus, he is credited as an innovator in a wide variety of genres.

Initially playing acoustic and electric guitar, he started singing and later using a brace for his harmonica, Gallagher learned to play slide guitar, using a plectrum and metal slide on his smallest finger. He also became proficient on the alto saxophone, bass, mandolin, banjo, and the coral sitar, utilizing a glass slide made from an American Coricidian bottle on his electric guitars, instead of the metal slide.

He is often considered to be the greatest electric guitarist in the history of rock music by other musicians and commentators in the industry, and one of the most important and influential musicians of his era across a range of genres. He was influenced by blues artists such as B.B. King, Muddy Waters, Howlin’ Wolf, Albert King, and Elmore James.

Hopkins’ style was born from spending many hours playing without a backing band. His distinctive fingerstyle playing often included playing bass, rhythm, lead, percussion, and vocals, all at the same time. He played both alternating and monotonic bass styles incorporating imaginative, often chromatic turnarounds and single note lead lines. He added rhythmic accompaniment by tapping or slapping the body of his guitar. Much of Hopkins’ music follows the standard 12-bar blues template but his phrasing was very free and loose.

He was ranked #7 in Rolling Stone’s list of the 100 Greatest Guitarists of All Time. His blues style was influenced by many blues guitarists. Foremost among them were Albert King, Otis Rush, Eric Clapton, Buddy Guy, and Jimi Hendrix. Vaughan’s sound and playing style often incorporated simultaneous lead and rhythm parts.

Mathis James “Jimmy” Reed (September 6, 1925 – August 29, 1976) was an American blues musician and songwriter notable for bringing his distinctive style of blues into the mainstream.

Reed was an electric blues guitarist, as opposed to the more acoustic-based sound of many of his contemporaries. His lazy, slack-jawed singing, piercing harmonica and hypnotic guitar patterns are one of the blues’ most easily identifiable sounds even today.

He sang in a loud whisper, to a melodious finger-picked guitar accompaniment. Hurt’s influence spanned several music genres including blues, country, bluegrass, folk and contemporary rock and roll. A soft-spoken man, his nature was reflected in the work, which remained a mellow mix of country, blues and old time music to the end.

As I said, this is my own little list of best blues guitarists, but please add your picks below! And afterwards, go ahead and start learning blues or any other genre of guitar-Begin HERE!