I am sure we have all at one time or another suffered from this illness which is guitar envy. Thankfully, there is a cure for it. But if left untreated it can linger for a long time and seriously hamper a person’s ability to play the guitar. 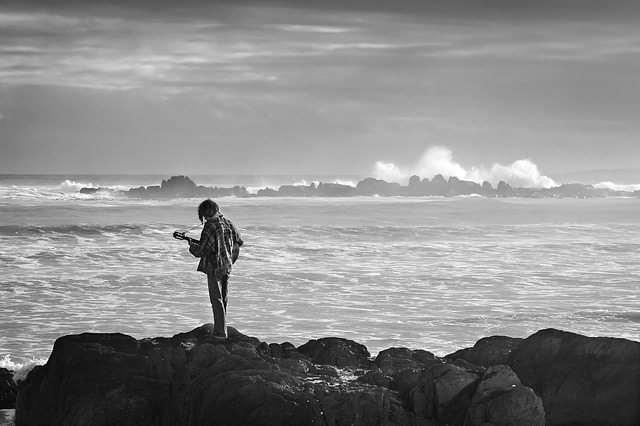 So, what is guitar envy and more importantly how do you avoid it!

First, let’s look at what Guitar Envy is. Well, it is an infection that attacks the ego and emotional nervous system. It causes a loss of direction and discipline, and makes us start questioning our own abilities and doubt those around us that we turn to for guidance and learning, i.e. our music teacher.

Now, please, don’t confuse Guitar Envy with inspiration and a drive. These two are completely different and exist on the separate ends of the learning spectrum.

Do I Need To See A Doctor?

So, where do we catch this infection. Well, the most common place is down at your local music store or now even through the Internet on YouTube.

What we must avoid is the guitarist plugged into the biggest rig with lots of foot pedals and playing the most expensive guitar in the store. He, and I say he because females (no offense, lots of great female guitarists out there) don’t tend to infect people the same, they have other ways of beguiling us. No, this is sadly a male thing.

Is This Really You?

Next thing you hear is fast neo classical or Joe Satriani licks followed by strong eye contact from the player as though he is laying down a challenge reminiscent of the final scenes from the Crossroads movie, when you start to sweat and the walls of the store close in around you. You look at the new strat on the wall that you were about to try, and suddenly you think what if I suck when I plug it in and play. You worry that people in the store will start to laugh and smirk and maybe even ask you to stop playing as you are putting them off purchasing a set of guitar picks they came in to buy. 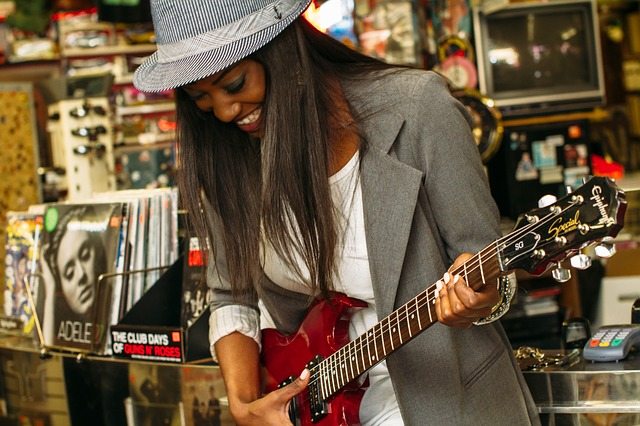 Whats The Outcome Of Guitar Envy?

It’s at this terrifying moment that you are at your most vulnerable, what you feel like doing is going home, locking the door to your bedroom, getting your book on 25 cool lick by Yngwie Malmsteen and keep playing until you can play one as fast as you can. You ignore your mates, your wife or girlfriend and stop taking calls from your guitar teacher worried that you have missed your lessons. You are annoyed with him because he didn’t teach you how to play a fast cool lick from the start. This, I am afraid, is the main diagnosis of Guitar Envy.

You might even go back to the store to listen or even chat with the guy and even ask him who his teacher is. The usual reply is that he doesn’t need one, but if you want he will show you some cool licks and some tricks that he learnt. The other usual comments will be that he doesn’t play in a band as he can’t find a band that likes the stuff he likes or they just want to play the usual songs everyone else is playing. So you return to your room and keep working on your lick. After weeks of practicing you are finally ready. Of course, you will need the big rig and a huge array of pedals as described on the rig guide video.

Finally, you pick up the strat you first looked at weeks ago and now you are ready to go. You blast into your lick trying to play even quicker than you did in your bedroom. As the dust settles and noise fades in the distance you look around the store. To your amazement no one seems even remotely interested in what you played. If anything they look happier now you stopped. You think, what could have gone wrong, why is no one wanting to cheer and say cool lick mate. Or even better ask you to join their band that’s playing down the road tonight opening for Guns ‘n’ Roses. 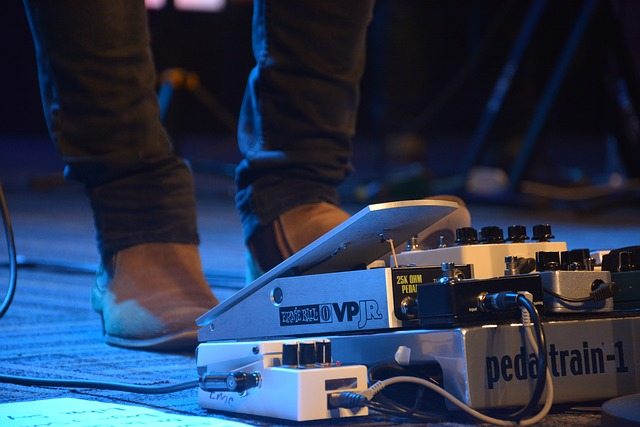 You walk out of the store feeling dejected and down, you go back to room and practice the riff even more, determined to play even faster. You are totally fixated on showing those people in the store you can play the guitar because you can play that lick just as good if not better than the other geezer.

We Can Get Help From Who?

It’s at this point hopefully you will find help, be it from a friend or family member. Who will tell you that the lick is boring them to death and that you sounded better before you started playing that annoying lick, and why don’t you go back to playing your old songs and go back to taking lessons.

Feeling downright unhappy you pop down to your store and your guitar friend is back. In desperation you ask him what else can he play. The usual reply back is he only plays these licks, doesn’t like to play anything else as they suck.

At this point you either finally wake up, or you become that guys BFF.

Its Time To Wake Up

If it’s the later, then you are on your own. However, if you finally start to wake up you will realize the illness and start on the road to recovery.

Let’s look at the symptoms, and cure.

First, playing the guitar is not about how fast you are or how cool the lick sounds in the store. 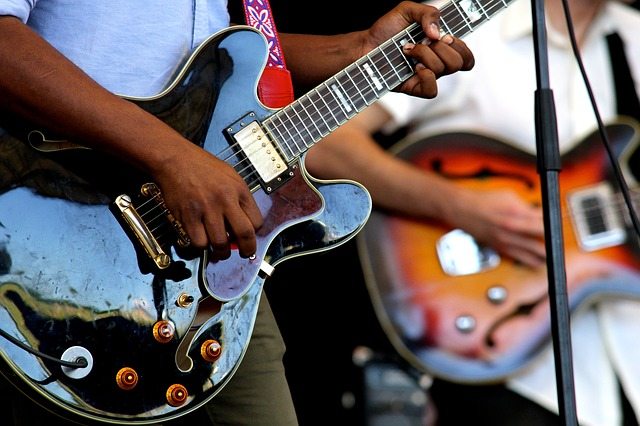 I am a music teacher I have worked out of many music stores. Over the years I would always walk into the sales area during my break time. I would see familiar faces during busy times of the week. They would play their guitar lick, then check out the response from the clientele. At first being genuinly impressed I used to come up and compliment them on their skills.

After being caught up in a casual conversation with them enough times, asking a few question like “cool scale run isn’t that a harmonic minor run or Phrygian dominant lick? I discovered through the responses I got back that they didn’t have a clue what I was talking about. Also I would mention that the lick sounds better if you change key by dropping down to E. Only getting a vague look and even a slight look of contempt.

My point is this. The times for playing the cool licks will eventually come. As a musician it is more important to know and understand what you are playing and how you can use it musically. A good music teacher won’t show you certain quick fire licks just to impress people. They will show you technique, accuracy, and information that you can build from. You can grow as a guitarist. In a sense focus on the long game. Take your time and set goals that are realistic and achievable. 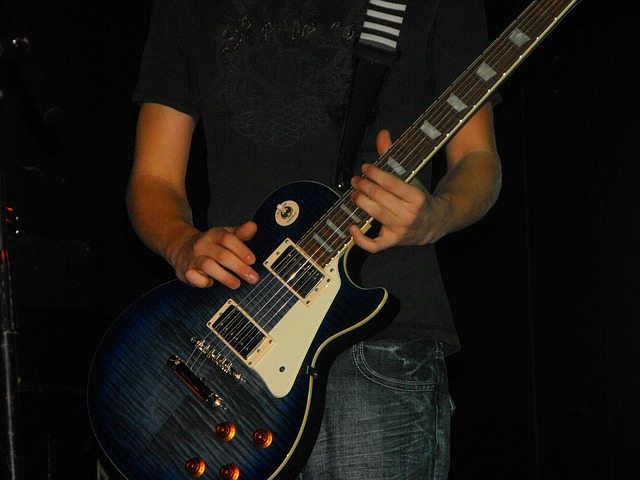 So the next time you venture into your store, pick up that “strat”. Plug it in and just play what you feel comfortable with. If it’s the first few bars of “Smoke on the water” or “Stairway to heaven” well, congratulations. Take a pat on the back. Keep practicing, keep learning and stay focused on your playing.

Eventually you might get the gig for the band that is opening for Guns ‘n’ Roses. 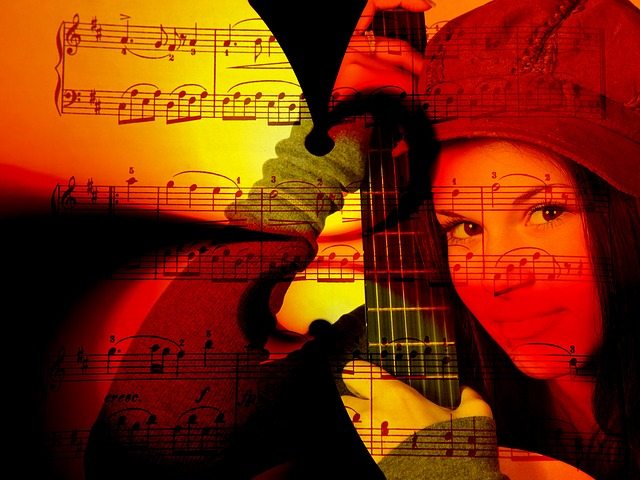