According to a popular legend, the first Blues song, printed and documented in 1912 was written by Christopher Handy– a bandleader and a cornet player. The song’s title was Yellow Dog Blues. You can start learning the blues chords for this tune somewhere online Im sure just Google the title – Yellow Dog Blues.

The Blues has become very popular the world over from such humble beginnings. It has been played in many nations, and it captures the hearts of many nationalities. The Blues music genre made a lot of aspiring musicians want to learn the blues guitar. The guitar and the Blues music are inseparable. They can’t be separated. The best instruments to go with the Blues are the electric and the acoustic guitars. Thick strings are highly recommended as they give better tones and sustainability when compared to nylon strings. 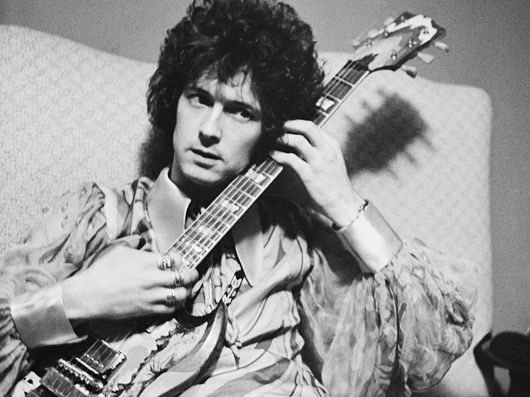 When it comes to the Blues, most songs are played following the 12 bar rule. This simply means that a Blues songs is divided into 12 patterns and a given chord sequence. If you’re seriously interested in learning the Blues, then you definitely have to learn this beat. Don’t worry; it’s very easy to learn. This form is repeated over and over until the end of the song. Before proceeding to elaborate strumming and other variations, it’s recommended that one gets familiar with the single down strum for each beat first.

More often than not, the Blues are made up of major chord structures. This doesn’t mean though that one can’t try different scales to make Blues more colorful. These scales include major and minor pentatonic, mixolydian and dorian. You can use these individually and you can also use them together.

In learning the blues chords more effectively, one would need to learn three basic rhythms. These are the twelve/ eight feel, shuffle feel and the straight feel.

The twelve/ eight rhythm is consist of twelve beats per bar, where each eighth note makes one beat. The straight feel, on the other hand, is where the eighth note is used and spaced equally apart and the shuffle feel is where the second note is placed for every eighth note.

Riffs are used for filling the chords with turnarounds, melodic figures, endings and intros. Turnarounds makes solos complete by being played on the last two bars, and it usually points the song back to the beginning. Some turnarounds also make wonderful song intros and endings.

There is no one trick to masterfully learn blues guitar. It will take constant practice if you really want to be good at it. No matter what advertisements for ebooks and videos promise, nothing compares to dedication and perseverance.