The blues is a great genre for guitarists to learn to play because it is easy to get started, has a rich depth of history and great music to explore, and provides a great foundation for going on to learn rock and jazz music, both of which have foundations in the blues. So, if you want to learn blues guitar, there are a couple of things you should start with and the first of these is the twelve bar blues chord pattern.

Although the 12-bar blues is far from being the only structure used in blues music, and was really only developed at the recommendation of record companies wanting to standardise the style, today this is considered the “baseline” of much blues music and is the best place to start. In fact, it is such a common language that it is typically used as the basis of jam sessions as it is expected that all players of whatever standard will know it, so if you want to get up and jam with others (and you do!) then you’d better learn your 12-bar blues.

To confuse things, the twelve bar blues can be varied slightly, but the basic form (in A) is as follows: Four bars of A, 2 bars of D, 2 bars of A, 1 bar of E, 1bar of D, 2 bars of A. You can see that this just uses three chords, which are the first or root chord of the scale (A), the fourth (D) and the fifth (E), so you can easily transcribe the pattern to other keys by finding the root, fourth and fifth chords. For example, in G these are G, C and D. Chuck Berry was a master of the twelve bar blues progressions its in many of his huge hits in the 50s and 60s. 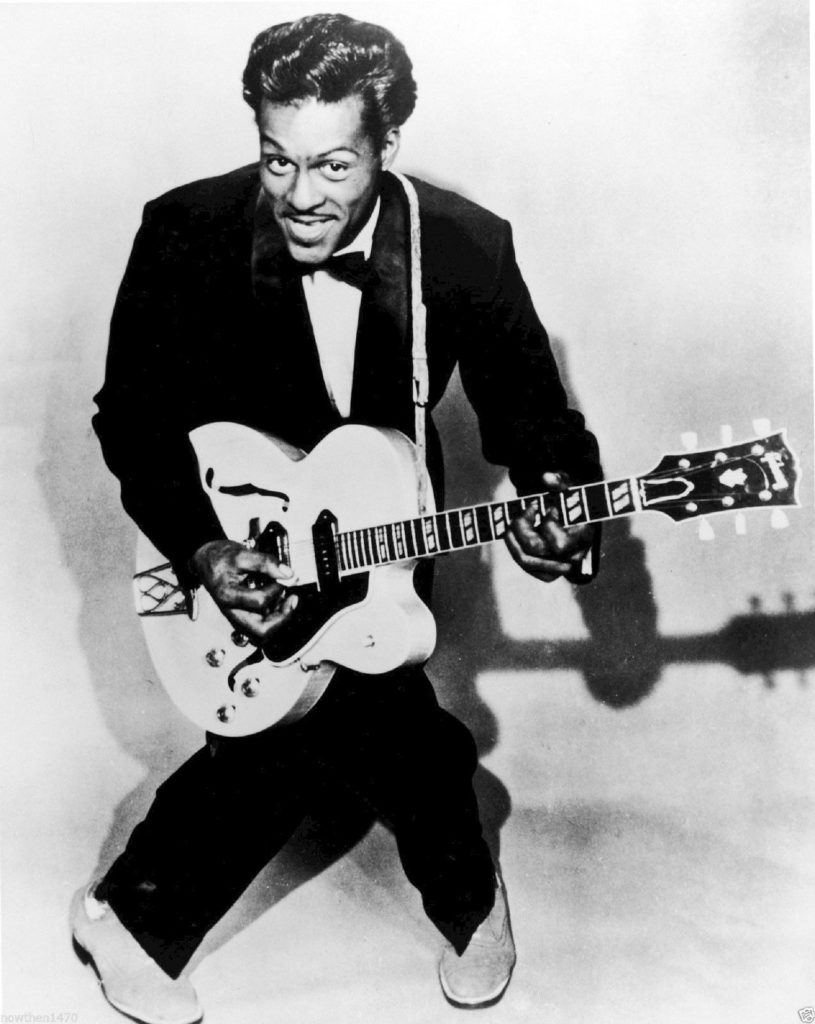 There are a number of common variations to the 12-bar blues that it is worth learning. The first of these is the use of seventh chords. You can use seventh chords instead of their basic chord equivalents to add interest to the pattern. You might want to play all of the chords as seventh chords, or alternatively play the seventh chords just for the last bar or half-bar before a chord change in order to emphasis that the change is coming.

Two other common variations to the 12-bar blues that it is important to know when you learn blues guitar are variations in the chord pattern. One commonly used variation is rather than playing two bars of the root (e.g. A) at the end, play one bar followed by a bar of the fifth (e.g. A, E). This provides a good lead-in to the next verse. Another useful variation is to play a fourth (e.g. D) just for the second bar of the pattern, reverting to the root (e.g. A) for the third and fourth bars. Again, you can use seventh chords in these variations to add interest.

So, in order to learn blues guitar you should start by ensuring that you can play the 12-bar blues pattern and common variations described in as many keys as possible, starting with common keys such as A, G, C and F. Learn this and you’ll be jamming the blues with other musicians in no time!